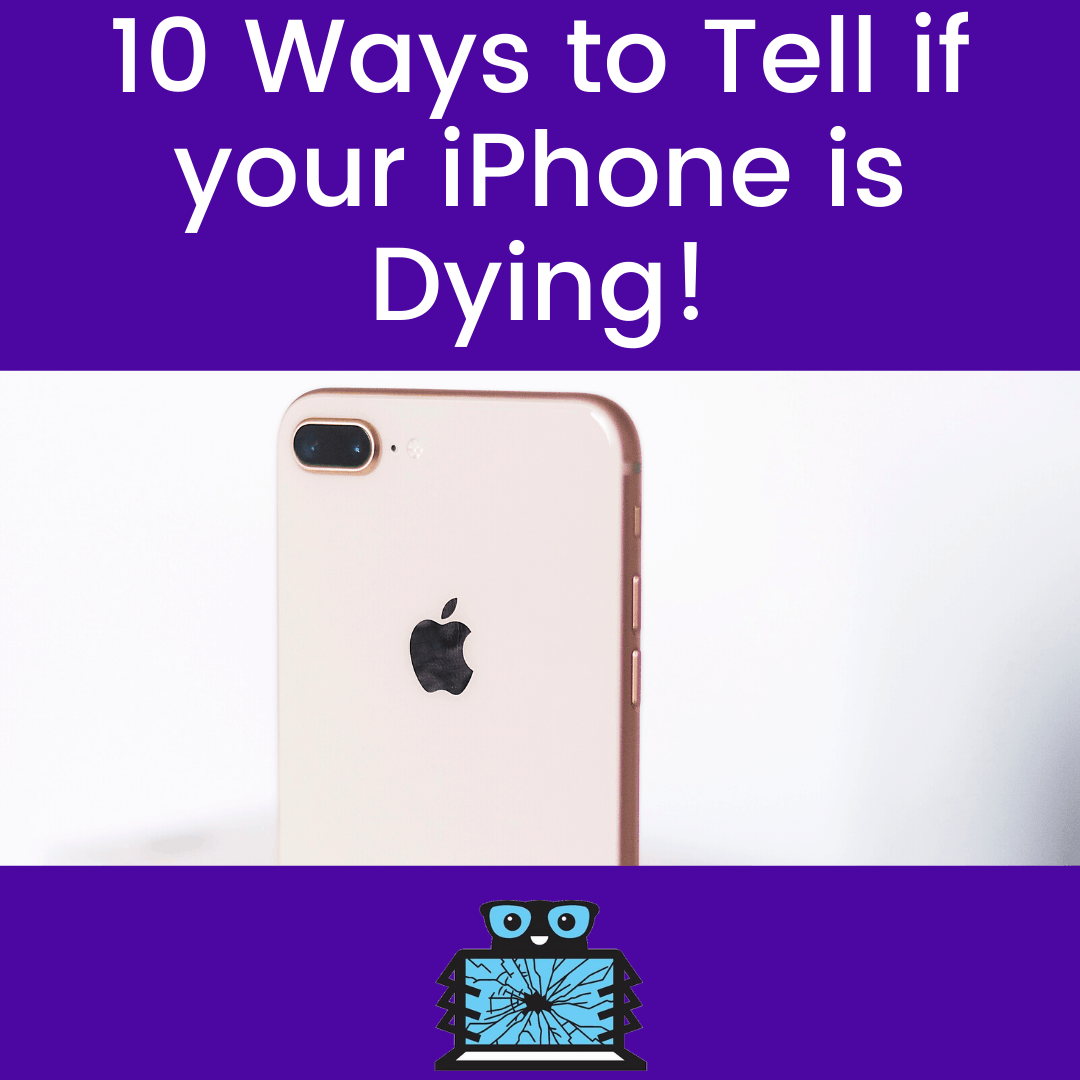 iPhones Are Great, But That Doesn’t Mean They Last Long.

Apple is known for making a great product that has turned it into a trillion-dollar company. Most people aren’t ever going to leave the brand, and they have no intention to do so. That being said, some people don’t know how to take a hint from Apple that they need to pick up the newest version. We’ve got all the questions for: is my iphone dying

So We’ve Created 10 Tips For You To Tell If Your iPhone Is Dying!

Three Ways to Tell If your iPhone Battery is dying

The battery is one of the most oft-cited issues for the phone turning into a glorified paperweight. But it’s important to know when certain issues are battery related or if there is something else going on.

It Won’t Charge When It’s Plugged In.

If it’s having a problem charging, then it could be an issue with one of the ion cells getting corrupted. Since it’s the equivalent of a bucket with Water sloshing around, over time, it can get the battery equivalent of rust and begin to degrade.

Or it can be a dirty charging port, clean your phone first before taking a guess.

It Blacks Out Frequently.

There are two kinds of blackouts to look for. A soft-reset is when you should start to take note. While multiple apps being opened and used can cause issues, most of these phones have been stress tested to handle even the most active of socialites. If you’re getting issues where you clicked the button, and the screen won’t load and/or you’re getting resets without blowing the load, you might have a battery issue.

It Burns Down Quicker Than You’re Used To

Most people are intimately attached to their phones. With that being said, like how you can sense there’s a problem with a person you’re talking to, you know when there is an issue with your phone.
If your phone is not charging all the way, it’s not staying active the way you’re used to, it might mean there is some battery corruption.

Four Ways To Tell If Your iPhone Is Out Of Date

Apple has ended up in some pretty hot water over the years because of a little thing called programmed obsolescence. It means that when they make new phones, they don’t make the old ones worse, they just make them do more work than they used to. So with that, even if the hardware and the battery are working fine, there are definitely some opportunities where your phone just might be too old.

You’ll notice it. The average user looks at their phone compulsively at least once an hour. Scrolling the internet, sending texts, checking e-mails. You are finely tuned to the speed of your device, and if it is underperforming, you’ll know, does it feel small, or does it feel big?

It’s Taking A Long Time For You To Do Basic Things.

While opening the phone, unlocking the screen might seem like an off-shoot and easy to get done; sometimes it’s not. Are you experiencing lag in between windows and screens? Are you noticing that it takes forever to load obvious things like heavy text applications that should run smoothly? It could be a memory issue in case your hard drive is too full, but more often than not, it’s a sign of it going out the window.

This is a really subtle one, but it can absolutely drive people crazy. Touchscreen inconsistencies, often called input lag, is when you touch the screen, and you either have to press harder or press again for it to register what you’re doing, and it is one of the most aggravating and telltale signs that there is an issue with your phone.

Finally, this is an obvious one, but it’s also the most Apple-consistent one. If you can’t sync or you’re having problems syncing, your device may no longer be eligible for updates and management, and Apple is basically showing that device the door.

Three Random Things That Can Kill Your iPhone

Finally, we have a small section for the more heavyhanded observations on iPhone deaths.

You have a case, you have a screen protector, and you drop your phone. Luckily there are no superficial damages, so you think everything is okay. But that jostle is enough, with other factors, to act as a slow-motion bullet for something inside your phone to come loose or get disconnected and will slowly kill your machine.

Leaving It Plugged In

Like with Gas in your car, there seems to be this weird philosophy about keeping it between 10 and 90. For the maximum efficiency of a liquid battery, loading it up to 100% means that it can’t discharge enough and that you’re just equalizing charge inside your machine. So if you leave it plugged in all the time, what you’re essentially doing is pushing electricity into a machine that doesn’t need it anymore, and this can cause shorts.

Everyone and their mother knows, don’t turn it on, soak it in a bag of rice for a few hours.
Sometimes it works, sometimes it doesn’t. If you want to go the extra mile, bring it to a technician, and they will be able to take the back off and actually extract the Water and make sure that it can properly hold a charge before trying. If you’re iphone in water give us a holler!

Tech Fixers for your iPhone

No matter what the issue is from dropping your iphone in water or cracked my iphone, we will be able to help you out. Those are our top ten tips to tell if your iPhone is on it’s way out. If you have any questions, comments, or concerns, be sure to leave a comment or send us an e-mail! 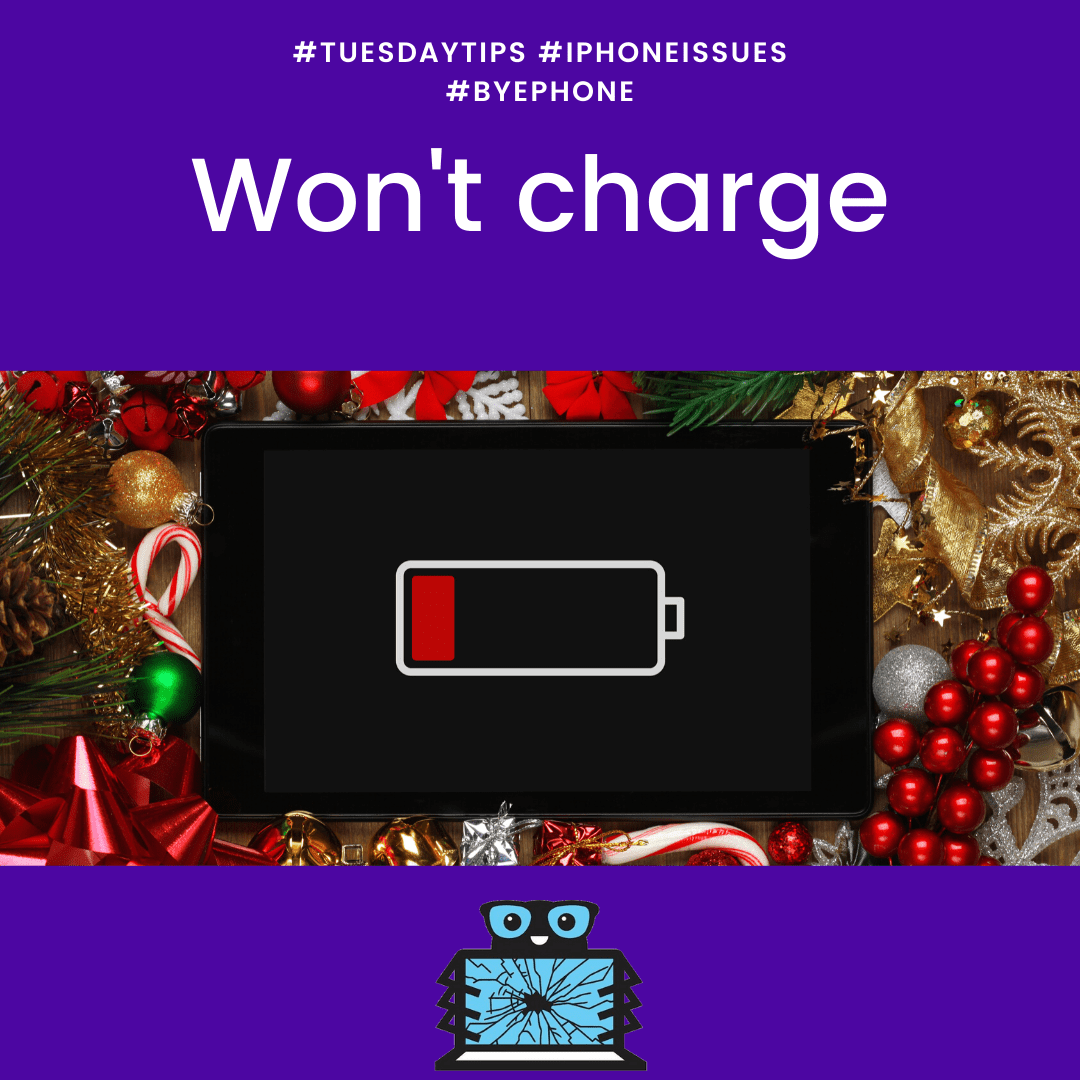 Problem with Your iPhone?